My previous post on a possible solution to COVID-19 has attracted quite a bit of interest on Twitter and Hacker News, but I have noticed that many people are having difficulty understand how it might work in practice.

So how exactly would we go about looking for a naturally attenuated (weakened) SARS-CoV-2? The answer is there are many good ways, but I thought I would describe one approach. It is very likely there will be better approaches, but for the purpose of illustrating how you could go about doing this, what follows should help.

Step 1. Obtain 50,000 swab samples collected from people known to have only mild/asymptomatic cases of COVID-19.

We would request swabs from known positive COVID-19 cases from around the world with the aim of sampling from the widest number of locations. The aim here is to cover as much of the SARS-CoV-2 genetic diversity out there in the world. In practice, most of the samples will come from rich countries purely because that is where most of the testing is being done, but we do want to make an effort to cast the net as wide as possible. A map of the current genetic diversity of SARS-CoV-2 found around the world is shown below.

We would perform conventional next-gen genome sequencing on the samples. While this seems laborious and expensive, with modern genome DNA sequencing instruments you can sequence all 50,000 viral genomes in a single run. The genome of SARS-CoV-2 is approximately 30,000 nucleotides long. To sequence each nucleotide 20 times for all 50,000 samples will require 30 billion bases (nucleotides) of raw sequencing. With a modern genome sequencer like the Illumina NextSeq 2000 can sequence 300 billion bases in 48 hours – more than 10x the capacity we need. The cost of all this sequencing is low – in the thousands, not hundreds of thousands dollar range. 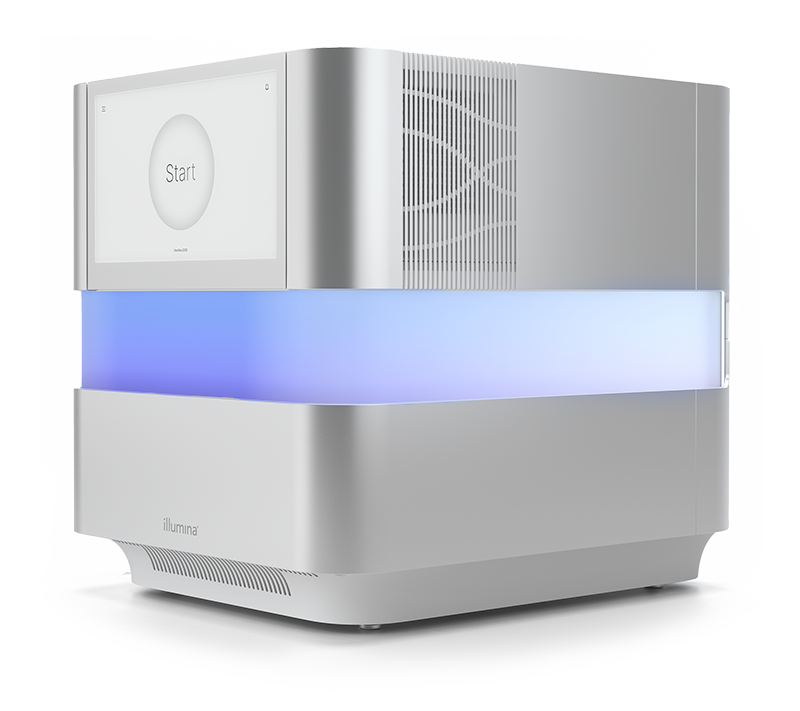 This step involves assembling the raw data collected from the DNA sequencer to generate the genome sequence of each viral sample. Each genome would be aligned (matched up) to the reference genome (i.e. the dangerous strain) to look for regions of the genome that are deleted (missing) from the genome.

What we are looking for is regions of more than 30 nucleotides that have been deleted from one of the strains. These strains with gene deletions will be our putative attenuated strains.

What such a sequence alignment looks like is shown below – regions of deletions are shown with a dash (-) (technical note. This is actually an alignment of the translated amino acid sequences, not DNA sequences).

Step 4. Develop a rapid test for the deletion mutant strains.

We will need to develop a rapid test for the gene deletion mutant strains. This is one of the easier tasks as it just involves designing different primers for use with the current SARS-CoV-2 RT-PCR test kits.

Step 5. Screen for additional COVID-19 cases in the local area where each putative attenuated strain was isolated.

The first four steps are relatively cheap and quick, the next few steps are more difficult. Once we have identified one (or more) putative attenuated strains we need to find more clinical cases resulting from infection with these strain(s) to ensure they are true attenuated strains.

This step will require going into the community where the person who provided the original sample lives (the index case) and taking nasal swabs from people and testing them for SARS-CoV-2 infection. We will need to collect many thousands of swabs from the local area (using an expanding ring approach) to find as many additional cases of COVID-19 caused by these strains as possible. The COVID-19 patients in the local hospitals will also need to be checked to make sure the strain is not making people seriously ill.

Step 6. Monitor the clinical outcome of infection by the putative attenuated strain(s).

We will also want to take blood samples (serology) to check that the attenuated strain can still create a strong immune response to the virus and that will cross-protect with the dangerous strains. My estimate (which may be wrong) is the first five steps will take 2 to 3 months if we make a serious effort.

Step 6a. Scaling up production of the attenuate virus.

This step is complex, but conventional. It is not hard to grow large volumes of virus at an industrial scale in cell culture. We have been doing this since the 1950s when the polio vaccine was first created. The only major issue is to make sure that the process is efficient as possible and not a point of delay. I would advise that this step be started as soon as we identify a putative attenuated strain so that when (if) we have a attenuated strain we don’t need waste time in the scale up process.

Assuming steps 1-6 have gone well and we have identified and mass produced an attenuated (deletion) strain of SARS-CoV-2 that doesn’t appear to cause serious illness, then we have reached the point of choosing how and when to use this strain as a live attenuated vaccine. This will be a political and regulatory decision that will need to balance the risks and rewards of using it at scale. While this won’t be an easy decision, it will allow us to at least have a discussion rather than just waiting for another vaccine that may never arrive.

5 comments on “How would a search for a natural attenuated SARS-CoV-2 strain work in practice?”