I am a scientist with a background in Microbiology and Virology and what is happening (or more importantly what is not happening) with the current Ebola outbreak is very worrying. Rather than just scare my family I thought I should do a write up about what needs to be done. 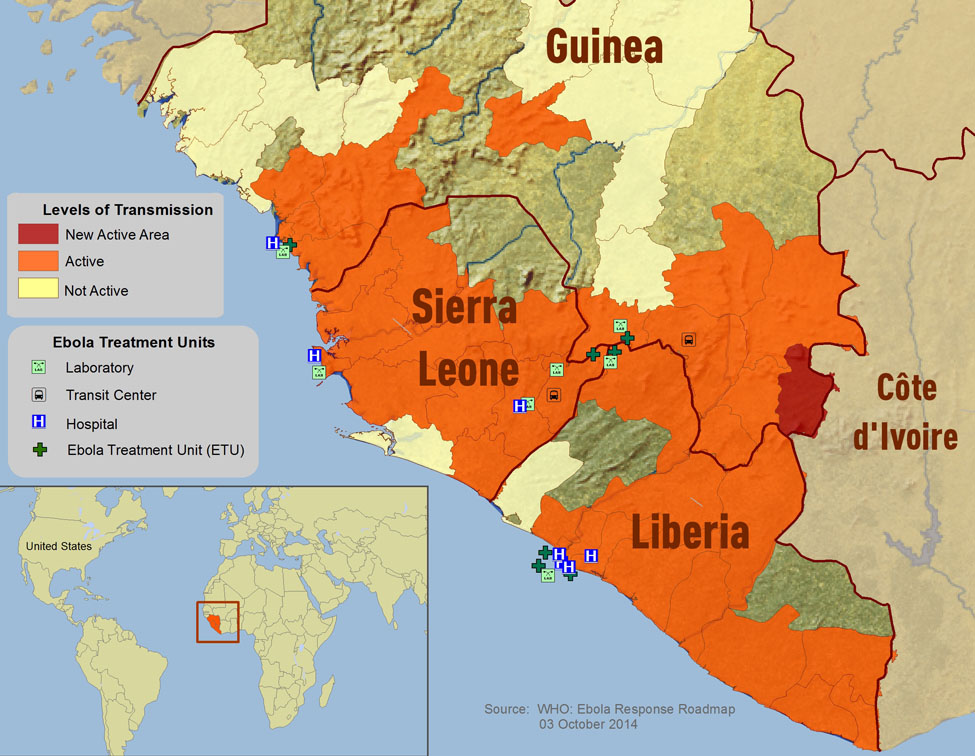 Figure 1. Scale of the Ebola outbreak October 2014 (source WHO).

Where are we right now?

Ebola is completely out of control and the case numbers are doubling every 20 days or so. It does not look like Ebola had changed (it certainly could), it has just overwhelmed the containment systems we had in place in west Africa. The hospitals in the affected areas have reached (exceed) capacity and are not able to take in any new patients so the virus is running wild (this point seems to have been reached around August). A consequence of this is we really have a very poor idea of the number of cases since no-one is recording the cases that don’t make it to hospital.

What is going to happen?

Ebola is actually a very well studied virus from an epidemiological perspective so we can model its spread quite accurately. Here is what is going to happen according to the CDC.

The only thing missing from this modelling is the “do nothing” option since the CDC has assumed that we will start doing something by November 22nd (unlikely). They have also been too scared to model past January 2015.

This modelling also assumes that the virus does not become better adapted to spread in humans which could, and may even be likely, to happen. The most probable adaption would not be for Ebola to become airborne (this is only slightly less likely than pigs becoming airborne), but for the virus to slow down in the speed in which it kills people so they stay infectious for a longer period of time. A strain could arise that takes a month to kill you (rather than a week) and where you are asymptomatic, but infectious, for a couple of weeks. Such a strain would allow each patient to infect many more people before they died or recovered. One of the reasons that Ebola has not caused major outbreaks in the past is that it kills so rapidly that there is little time for each patient to infect new people. The selection pressure on Ebola to slow the speed in which it kills is extremely strong and the more people infected the more likely it becomes that such a mutation will occur.

Why did this Ebola outbreak get so bad?

This is a good question as it is not the first Ebola outbreak. The best explanation I have seen is from the discoverer of Ebola, Professor Piot, as quoted in De Spiegel.

SPIEGEL: Why did WHO react so late?

Piot: On the one hand, it was because their African regional office isn’t staffed with the most capable people but with political appointees. And the headquarters in Geneva suffered large budget cuts that had been agreed to by member states. The department for hemorrhagic fever and the one responsible for the management of epidemic emergencies were hit hard. But since August, WHO has regained a leadership role.

What do we need to do to stop Ebola?

How do we actually do this?

*Why do we need mobilisation? In theory we don’t, but politics in the USA is so toxic that unless this is treated as war it won’t be possible to get the required resource on the ground quickly enough. An example of this is the 3000 troops announced a couple of weeks back that were going to be sent to Liberia to help have still not left as they are being held up by congress as politics is played.

What do I think will actually happen?

A lot of dithering and token efforts from the UN and the rest of the world until January 2015 when wholesale panic sets in and we then move to full-scale mobilisation. If we are lucky the virus won’t have mutated and will only destroy west Africa. By the end of 2015 a 100 million people could be dead and the world in a massive recession as international trade grinds to a halt. Of course I could be wrong (I certainly hope I am), but based on what I know and what I see happening (or more importantly not happening) I am not that hopeful. Time to get serious.

2 comments on “Ebola: What needs to be done right now”