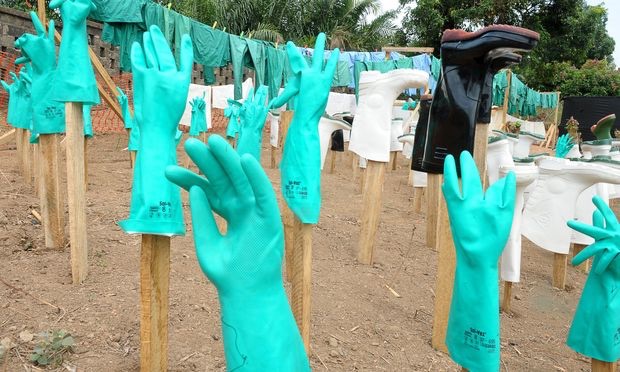 As anyone alive in 2014 will remember Ebola was out of control and 2015 looked to be a horror with millions of deaths. Ebola then dropped out of the news and most people living far away from west Africa lost all interest. Unfortunately Ebola has not gone away and it still presents a risk for us all. So what is happening?

The new case numbers have stopped going down
At its worst Ebola was infecting a thousand people a week. We are now down to a new case number in the dozens (that we know of), but they do not seem to be getting any lower and these cases are occurring in locations that are very hard to get to (especially in the rainy season). As I mentioned last year one of my fears was if we didn’t put in a major effort into containing Ebola that it might become endemic in west Africa. It is looking more likely that Ebola will become another permanent member of the human disease pantheon rather than an episodic zoonosis.

Ebola did not become adapted to humans – yet
This was a very good outcome, but we still don’t know how difficult it is for Ebola to adapt to humans. Letting Ebola continue to spread (even at a low level) risks letting Ebola become better adapted to us. HIV is a good example to compare with Ebola. HIV was originally a zoonosis that did not infect humans very well. It took decades for HIV to become well adapted to infecting us. At the time HIV was going through this “infectiviness transition” (the 1920s to 1950s) we knew nothing about it so we can be excused for not doing anything, but this is not something we can say about Ebola.

The bottom line is that it is not a good idea to allow Ebola to continue to spread – each new case is potentially the first case of a new, more contagious Ebola.

So what should we be doing?
We really need to wipe out Ebola. This is not going to be easy especially now the rest of the world has lost interest. I still think this needs a military-like response, but it might be possible to use other approaches. What we don’t want to do is let Ebola fester away in west Africa for a few years only to be later surprised when a new, highly contagious strain pops up “unexpectedly” and spreads like a firestorm. We need to get the new case number to zero and the sooner the better. Time to get serious.