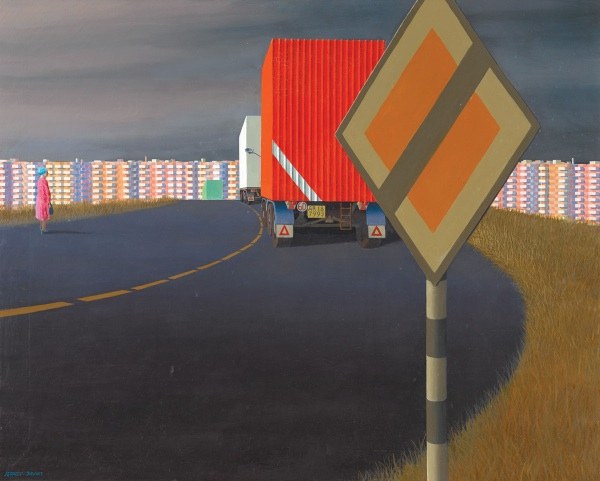 There has been great some discussion of late about tech startups in Australia. Alan Downie of Macropod has posted a couple of interesting articles on this topic (Why we kept our Startup in Australia and Funding an Australian Startup) which generated a really good discussion on Hacker News if this is a good idea or not. I am firmly of the opinion that trying to run a technology company in Australia is crazy, yet here I am almost 16 years later doing exactly this and making (at least to my satisfaction) a success of it.

So why did I keep Nucleics in Australia?

To answer this question I really need to provide some background. The history of Nucleics is rather long with all the twists and turns you would expect for a startup that has lasted this long. Nucleics began in a blaze of success back in 1999 out of an idea I had while finishing up my PhD. The late 90s were the time of the genomics boom (this was a parallel boom to the original dot.com boom) where anything to do with the human genome project was seen as the future. After bootstraping Nucleics from nothing (just me at the bench) we managed to sell our first product (ASIN) to a large US biotech company, and then again to a large Japanese company in early 2000.

Thinking this business stuff was easy, I poured all the money back into Nucleics and we rapidly expanded and so by mid 2001 we had 8 Ph.D level scientist, 3 full time developers, and 3 B.Sc level research assistants all working feverishly developing a whole suite of amazing genomics tools (a number of these became products such as CounterTrace, UniSeq, and dLUTE SEQ). While things were not always without drama, money and sales came so easy I thought running a biotech company was simple and all we needed to do is keep creating great products and we would conquer the world (yes hubris). We discussed about moving Nucleics to the USA and we had some venture capital interest there too, but I stupidly thought that I could do it all remotely from Australia – why move Nucleics, let’s prove that it can be done in Australia and be (very) local heroes.

Like all good Greek tragedies the gods only build you up so they can cut you down. In my case 9/11 happened and everything came to a grinding halt. All the deals we had been negotiating froze, businesses and facilities couldn’t make any purchasing decisions – everyone said you have great products, but we can’t commit to anything new now, etc, etc. Nucleics rolled along burning enormous amounts of cash (scientists while cheap, are not that cheap) and I sat there hoping that at any moment now someone is going to sign and we will be saved. VC or Angel money proved impossible to find in Australia for a business like Nucleics, and after speaking to far too many people, I came to the conclusion that there were a lot of people in Australia who enjoyed pretending to be venture capitalists, but who really wanted to be merchant bankers.

Through enormous hustle I managed to raise some much needed cash out of a couple of our potential customers (I basically convinced them that if they didn’t pay up front there would be no product), but eventually even this money ran out. I was forced to lay everyone off, put Nucleics into hibernation, and find something else to do. It was all very depressing as I felt that if it was not for my ego we would have moved to the USA, raised enough cash to get through the 9/11 block, and have gone on to become the huge success we could/should have been. I thought a lot about the mistakes I had made and despaired at my stupidity.

I managed to land an academic job at La Trobe University at the end of 2004. They were happy for me to bring what remained of Nucleics – at this stage it was just a shell with a lot of lab equipment and reagents. While I was still feeling rather down about what had happened with Nucleics, I at least had an income and a lot of spare time on my hands. This was because the lab the university was supposed to have organise for me was not ready – it was still the same bare concrete room filled with junk and dust that had been shown to me 6 month earlier – the only change had been the addition of even more junk.

Since I had no lab and no hope of getting a lab anytime soon (it eventually took more than 2 years to finish and even then they got it was wrong) I wondered what I could do? My only idea was bioinformatics since I did have a laptop and a desk. My problem was I knew nothing about software development and knew no one who did. I didn’t even know where to start so I wandered over to the library and starting pulling random books on software development off the shelf and began reading. As anyone who has ever taught themselves a totally new field will know, it is completely daunting at the beginning since nothing makes sense and even getting a simple hello world program to run seems impossible. I kept at it and found it was not as bad as it first seemed. Since molecular biology and software development are such different fields there are relatively few people skilled in both areas which leaves a lot of low-hanging fruit to explore. By the time my lab was ready I was feeling that the whole delay had been a huge opportunity rather than a disaster.

Nucleics during this time (2004 to 2007) was comatose; not dead, but not really doing anything either. I started looking through our old lab books to see what I could rescue. Coming across the source code our developers had written I thought that maybe I could make something useful out of it and PeakTrace was born (PeakTrace is a better basecaller that allows scientists to get much more useful DNA sequence data out of the raw instrument files). I started slowly in my spare time and it began selling to customers around the world. Demand continued to grow for PeakTrace (along with other variants and spin-offs like PeakTrace RP and QualTrace) until it reached the point where I thought it was silly for me to continue at the university. I quit (gave up tenure) and went back full-time to Nucleics. We have continued to grow and acquire new customers to the point where in many markets the majority of sanger DNA sequencing being performed uses our software. If you are a scientist and would like to try it yourself you can trial peaktrace here for free.

If you have managed to get this far you can see why I think it is crazy to try and run a tech startup in Australia. By doing so you are just making it so much hard for yourself than it needs to be. There are very few real venture capitalist here (i.e. those willing or able to take on real risks) and even fewer angels (lots of devils though). The Australian market is small and you will run into our cultural cringe pretty quickly (Nucleics still only has two Australian customers despite a lot of effort on my behalf). We are a long way from the rest of the world (you will really hate flying after a very short amount of time), and even something as simple as making a phone call to a customer involves staying up past midnight. Probably the most important reason to leave is you miss out on all those little things that happen that you need to know in order to be able to respond dynamically to events. When Nucleics was in its early days I would often learn about critically important details long after we should have because we just weren’t on the ground in the USA and Europe when we needed to be.

If despite all of these pitfalls you, like me, want keep your startup in Australia then the question becomes when can you stay and when should you go? The answer really depends on the sort of startup (and life) you want to build. Australia has a lot of great things that make living here fantastic, but many of these are not very conducive to running a tech startup. Here is a brief list to consider.

What startups should leave Australia?

What startups can stay in Australia?

You might see a bit of a pattern here. Australia is a great place to create what might be called a “traditional” business focused on making something real that generates a profit. If you want to do this then Australia can be fantastic as we have a decent pool of amazingly talented people who can get things done. Australian tech companies like Blackmagic, Fastmail, Paydirt, Aconex and Macropod (to name just a few) have proven it can be done here when there is the will. It won’t be easy and it won’t be fast, but you can make something worthwhile here if you really try. I do still advise you leave if you want to give yourself the greatest chance of success – it really is crazy to stay.