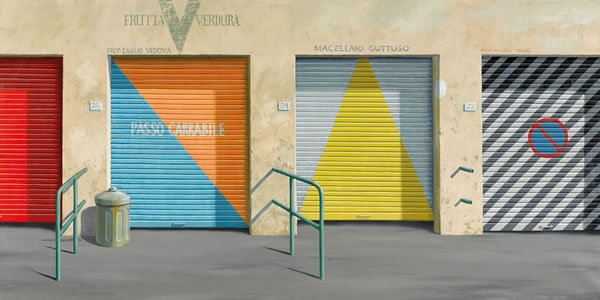 It is a cliche in the tech industry that startup ideas are cheap and all that matters is execution. The thinking is that it doesn’t really matter what you do, it just matters that you work really hard and pivot until you get product-market fit.

The truth is the vast majority of ideas are worse than worthless because they are simply bad ideas. Bad ideas will sometimes work because of luck or effort, but good ideas are much, much more likely to succeed. Life is too short to work on bad ideas.

You are probably saying to yourself right now that this is pretty obvious and how does knowing good ideas are important help me find good ideas, or know if my ideas are any good? To answer these questions it is best to split the problem into two; first, what is a good idea and second, how to generate good ideas?

What is a good idea?

A good idea must be able to be executed by you within your limitations. An idea that you can’t execute (for whatever reason) is a bad idea. Beyond this critical requirement, good ideas will have as many of the following features as possible (these are listed in no particular order).

This is a pretty tough list and no idea in history has ever met all of them, but the more of these your idea has then the better the idea. Which ones are the most important will depend on your idea and personal desires, but you can assume that if it does not tick at least 7 or 8 then it is not a really good idea.

The points on this list that people are most likely to disagree with are those concerning avoiding external investors. For some this is not important, but for me it is very desirable that any idea be able to be bootstrapped. Even if you have no objection to taking money from outside investors, it is still good for an idea to require as little outside money as possible and as late in the process as possible. You want to be talking to investors when you don’t need their money; any investment is just to diversify your risk, or to allow you to grow faster than you might have done. Investors should be “nice to have”,  not a “must have”.

I have left off some things from this list that are considered important by the VC industry like being in a rapidly growing market, having the potential to be a unicorn (i.e. be worth over a billion dollars), or being in “hot” area. The reason why I don’t consider these important is that investor fashion won’t turn a bad idea into a good idea (it might get you VC money though), and it is too hard to predict what the market will do when it is rapidly growing and changing. While you might get lucky and get everything right, you run the very real risk of being too early, too late, or just plan wrong, without knowing until it is too late. As for the need to become a unicorn, it is important to remember that the decline in the hedonistic value of money is very rapid. Ask yourself how much happier you will be if you are worth $100 million verses $20 million. For most people $20 million is more than enough.

Edit. I have posted an updated checklist with much more detail to help you work on what is a good idea.

How to generate good ideas?

This is one is harder. Good ideas are rare and even the most talented people will not have many (most will have none). My best advice is to think a lot about big existing problems. These are problems that if solved will unlock massive value. If you can provide huge value to a customer then you can succeed with an idea that might be weak in other areas.

Think about markets with significant information asymmetries. These are markets where either the buyer or seller (or both) lack the information they need to come to the best price. A simple example of this type of market is the second hand car market. Because the seller knows much more about the history of the car than the buyer, the buyer pays below the cars true worth to make up for the very real risk of ending up with a lemon. Sellers get less than they should for good cars and buyers are at risk of buying a dud. Closing this information gap can unleash massive value for both buyers and sellers which can be captured by the right idea.

I should mention that asymmetrical markets often exist because there are powerful forces that benefit from this asymmetry and who will not take kindly to any attempt to disrupt their business model (banking is a good example). If there are powerful forces involved in keeping a market asymmetrical, then you need to think carefully about how you can enter the market without waking the sleeping dragons. One way is to appear benign and unthreatening on the surface while you build up the resources to be able to move rapidly into the market once ready (the blitzkrieg approach). Another is to pursue a seemingly unrelated market at first and then switch to your desired market when strong.

Think about existing processes that are expensive. Any activity that requires a lot of money or time will have inherent inefficiencies, that if removed, will unlock sufficient value to be a good idea. For example, for most people finding the right home is very costly in both time and money. If you can workout a way for people to be able to find their ideal home in a much more efficient manner then you will be unlocking huge value which can be captured by a good idea. The key is to make sure the value can be captured by your business, since unless you are running a non-profit, unlocking value that can’t be captured is not a good idea.

Don’t copy others – no more Uber for x, or Tinder for y. Everyone can bring up the counterexamples of Google and Facebook as being “me-too” successes, but these two companies were the first to get search and social right respectively. With Google you could actually find the content you wanted (not keyword-stuffed spam), while Facebook allowed you to socialise online without feeling like you were hanging out in a troll-filled ghetto. They might have appeared to be following others, but in reality they were leading the way.

Learn about everything you can, especially from outside your current expertise domain. I have had many idea come to me while learning about totally new areas where I recognised that a problem in one domain had already been solved in another domain but nobody had yet noticed. Often a good idea is just a case of noticing what has already been done and applying it to a new area.

Don’t be worried about borrowing/stealing a good idea. It does not matter if you had the idea or not as long as you were the one that first recognised that it was a good idea. For what it is worth I have never has an idea stolen, only the credit after it had been proven.

Don’t forget that some good ideas only need one small tweak to turn them from a bad idea into a good idea. AirBnB is a classic example of this. Their original idea of a website to enable you to find strangers to sleep on an air mattress in your living room was a terrible idea. What made AirBnB a good idea was providing free professional photographers to their customers (landlords). This made the properties they listed look much better than their competitors listings and kicked off a virtuous circle that got more landlords to list and people to rent the properties. All it took was one small change to unleash massive value.

Write down your ideas and think often about what you can change so that you make them better. A good idea will rarely arrive fully-formed and may take years to be worked into a winner. For example, the idea I am working on for my next venture I first had 15 years ago. I felt it was a cool idea at the time, but since I could not see any way of monetizing the concept so I left it to mature. Three months ago I finally thought of way that would enable me to make money using it and it now meets 10 of my good idea requirements. I am spending around 20% of my time planning and knowledge gap filling to get the idea ready for execution. There is no guarantee it will succeed, but it has more chance than a Tinder clone focused on left handed people (“swipe left not right”).

5 comments on “Ideas are not cheap”